The Dream is to Dream

Order a CD Now!
Or Listen Now at All the Streaming Sites

The Dream is to Dream is a dreamy journey into life over the past few years. Disillusionment in the way the world works and with those around us leading to questions about what is important, what is worth keeping, how do we live? A celebration of the natural world, the consistency of the seasons, those moments and people that we hold dear. This is wandering music, three instrumental dreams anchor the rest of the songs which float atop howling and sliding lap steel guitar. The songs are their own people but the album is the family. Meet one at a time or hang out with all of them at once. It's not a movie, but it's almost a movie. There's an arc. A beginning and an end. We start off questioning where we are going and we end up where we started. At home.

I Want to Memorize Everything

Listen Now At All the Places 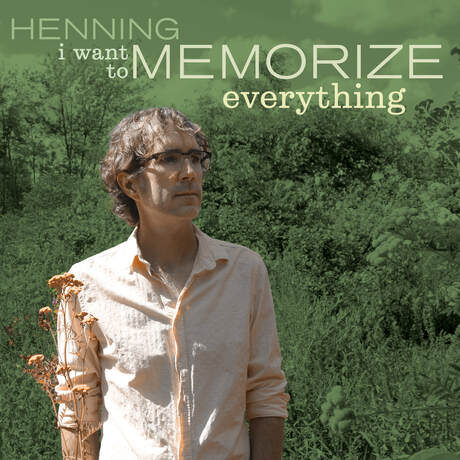 About the I Want to Memorize Everything

For years I've wanted to make a spare acoustic record. I've tried a number of times but because I am so enamored with the process of adding-more-stuff, I've always failed. Even back when I used to record everything with a cassette 4-track, I always had to bounce bounce bounce (that means add more tracks). My musical brain formed while listening intently to psychedelic, prog, new-wave, jangle rock, and singer-songwriter folk. It's very difficult to limit myself in the studio. But I managed to keep it all under 8 tracks with most songs having fewer.

I Want to Memorize Everything is nine songs long. It lasts about a half hour, just like the old Simon and Garfunkel albums that I memorized decades ago. It's my most vulnerable album. Because the instrumentation is limited, there is no place for my voice or my lyrics to hide. They're right out there for you to pick apart.

I think of it as a late autumn album, but I don’t know exactly why. A lot of music sounds like late autumn to me. Maybe it’s because I’ve always lived in New England where October bursts into colors and then November dulls everything into a grey and brown smudge, with pointy tree branches against cloudy skies. And that’s when we move inwards. Everybody starts drinking tea and writing novels about pilgrims, and listening to music that sounds like cracking pond-ice and crock pots.

I don’t want to go into detail explaining what each song is about. The interpretations are yours. I’m just so happy that you’re listening. Thank you.